Do you know what are the causes of water pipe leaks?

Water pipe leakage is actually similar to water pipe seepage, water pipe leakage is annoying enough, if serious, it will affect the normal use of water, but the slightest is also very wet everywhere! To solve the problem of leaking water pipes, the first thing to figure out the material of the water pipe and the cause of the leak. Water pipes are made of various materials, such as iron and plastic. There are also a variety of leaks, from minor leaks to serious leaks. Pipe leaks, whether it is a pipe at home, or a large outdoor official pipe network, leaks happen from time to time, but what are the causes of leaks?

Water supply pipeline is a pressurized pipeline, in the case of long, aging pipeline, if the external temperature changes cause thermal expansion and contraction, soil settlement, so that the soil at the bottom of the pipeline loose, sudden changes in pressure inside the pipeline, etc., are very easy to make these old pipe network burst and leak.

2、Pipe quality is not good

(2) The soil cover layer is not firm. This is more important in the large diameter water pipe, if the soil is not solid, vehicles and other heavy materials over the pipe, so that the pipe force increases significantly, increasing the possibility of pipe burst.

Municipal construction, pipe trench excavation so that both sides of the pipe body is subject to uneven soil pressure or direct damage to the pipeline, vehicles and other external pressure, may cause accidental pipe bursting accidents.

How to detect water pipe leaks 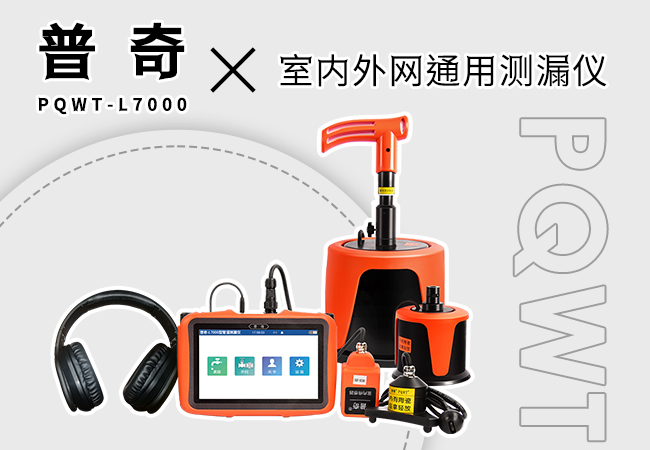 In general, the basic detection method is that, connect a good bit of pipe leak detector host, headphones, sensors. Turn on the switch, put on the headset, the sensor placed on the road above the pipe line, placed step by step according to the length of the pace, step by step listening, the closer to the leak, the stronger the signal, the farther away from the leak the weaker the signal, by comparing the signal strength between different points to achieve the purpose of detecting leaks. Therefore, we use the pipeline leak detector, a single point in the leak signal is not meaningful, to repeatedly compare multiple points, compare the sound vibration of the larger place is the leak, of course, we have to consider many other additional factors, such as the direction of the leak breakage mouth, because the pipe is round, if the side of the leak, the larger point may instead be on the side of the road above the pipe, rather than The road above the pipeline, so the location of the pipeline to know, in addition to the tee, bend, water pressure, burial depth, buried layer, etc. will have an impact on the detection to take these into account.