In 2016, the average leakage rate of China's urban water supply pipeline network reached more than 15.3%, and the total annual leakage of water supply pipeline network in some cities was close to 10 billion m³, which is equivalent to the annual water transfer of the South-North Water Transfer Central Line. Once a leak occurs in the pipeline, it will not only affect the traffic, cause water stoppage and interfere with the normal production and life of the citizens, but also for the water supply enterprises, losing water means increasing the cost of water supply, which directly affects the economic and social benefits of the enterprises. Therefore, strengthening the water supply network leakage control and reducing the leakage rate of the pipe network is the top priority of the work. At the same time, it is also a very important task to analyze the causes of pipe network leakage and study its countermeasures. 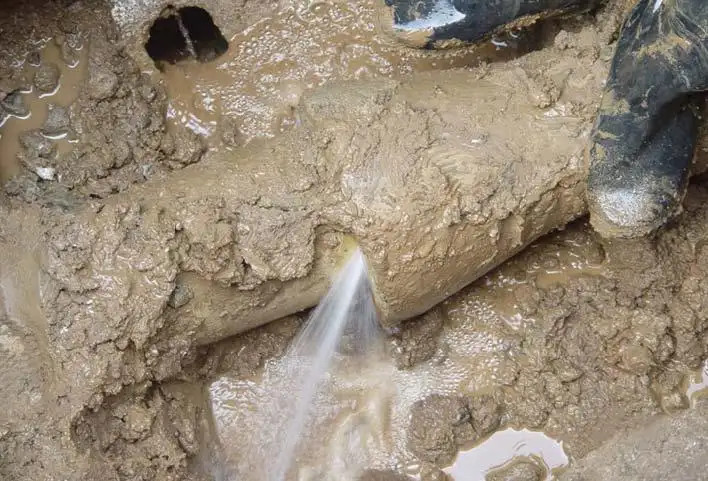 (2) No matching water meter is selected according to the specific water consumption of users, resulting in the water meter with too large a diameter and the smallest flow rate cannot be measured by the small water meter.

The main materials of water supply pipes used in the early days are ductile iron pipes. Steel pipe. Ordinary gray cast iron pipe. Pre-stressed concrete pipe, etc. The wall of cast iron pipe is thicker and generally rarely leaks due to corrosion as long as it is not in contact with strongly acidic soil or water. However, in the process of buried pipe, the anti-corrosion layer outside the pipe is easy to cause damage, and in later construction, it will also cause rusting and strength reduction, which will easily lead to damage and leakage of the pipe.

In recent years, steel pipes are mainly used for new pipelines. PE pipes. PVC in the pipeline, etc. The use of new pipelines has greatly improved the corrosion resistance and pressure resistance of urban pipeline networks. With the continuous extension of the urban pipe network to the surrounding areas, the pressure of water supply increases year by year, further increasing the load on the urban pipe network and becoming a hidden danger for safe water supply.

Various gates used in the pipe network. Leakage of components such as cut gates is also common for various reasons. As individual components, the amount of leakage from meter wells is not large, but the number of such leakage points is very considerable. Half-well water is often found in gate wells, and this is a problem that should not be underestimated. Therefore, the relevant departments should study how to reduce the leakage of gates and carry out timely maintenance, but their technical performance also needs to be improved.

4. Reasons for the quality of pipe laying and installation

Pipe trench foundation and backfill treatment do not meet the specification requirements. The highest proportion of leaks caused by foundation subsidence and poor foundations. Poor pipeline foundation is often manifested in mechanical excavation, the bottom of the pipe trench is not level and there are no other leveling measures, resulting in more sinking of the pipe. Pipe trench backfill does not meet the specification requirements, such as backfill containing hard materials. Not tamped in layers or tamped in different degrees on both sides of the pipe, so that the local force on the pipe is significantly increased, greatly increasing the possibility of pipe burst.

Goods are stacked on the pipeline, temporary buildings are built at random and pressed directly on the water supply pipeline. When the foundation exceeds its load limit, settlement will occur, leading to the rupture of the pipeline. Pipeline rupture rupture. Vehicle driving irregularities, for the convenience of loading and unloading goods, randomly drive into the sidewalk crushing leading to pipeline bursting accidents also occur from time to time.

Illegal water extraction refers to the private removal of public water supply facilities. Change. Water bills are not paid according to the category of water use. By green fire hydrant and fire hydrant regulations of water pipes. Private opening of cross-meter gates. Installing a water pipe in front of a table and stealing water without permission. Unauthorized water use can directly lead to non-metering of water, resulting in increased differences in production and sales of the pipe network and inability to properly recover funds, directly causing huge economic losses to the water supply enterprises, increasing their costs and sometimes directly affecting the normal operation of the water supply management order.

How to do about pipe leakage 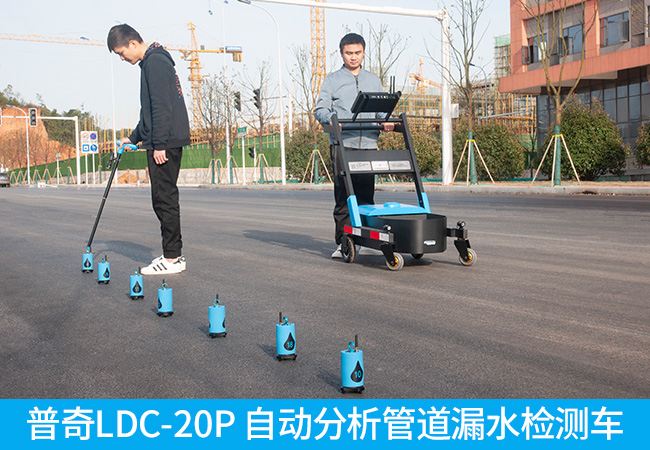 You can use PQWT LDC-20P pipeline leak detection trolley for pipeline leak detection. The device adopts B-P algorithm technology and is equipped with 20 wireless monitoring sensors to collect data from different areas, which are wirelessly transmitted to the central controller through signal repeaters for efficient and rapid analysis, thus realizing automatic judgment and automatic screening of water leakage points. At the same time, real-time recording is also available, and the collected data can be exported and saved to facilitate the production of leak detection reports, these features make the inspection and management work more convenient.