It is important that certain procedures be followed to insure a clean, reliable, productive well. 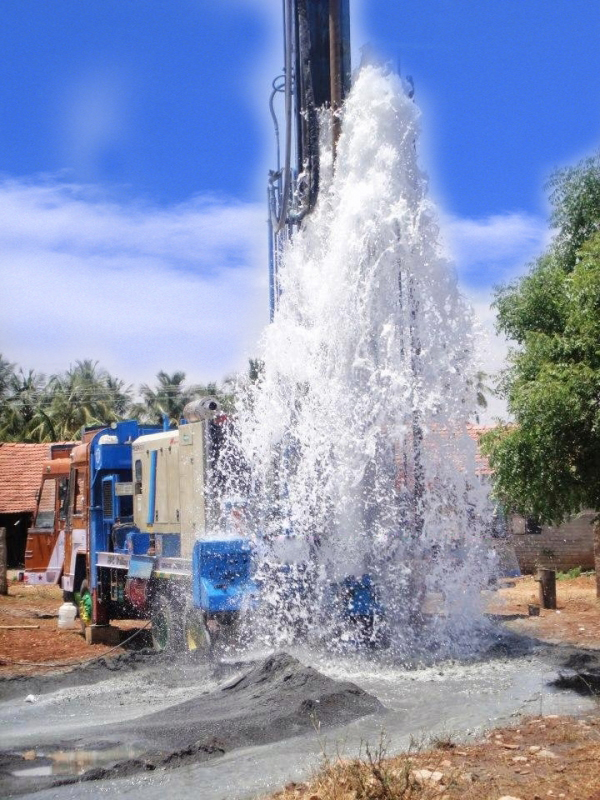 These important steps include siting, drilling and pump testing the well. Even though following the recommendations in this page will not guarantee all the clean water you may need or desire to have, it will greatly increase your chances of having a clean, reliable, productive well which is able to meet your needs.

Groundwater exploration is not a hit or miss (or random) proposition. Excess rainwater percolates into the soil and rock beneath the earth's surface accumulating in zones of saturation called aquifers. A well is a hole drilled into the aquifer from which a small portion of the groundwater can be pumped to the surface for man's use. It is true that any well penetrating an aquifer will yield water but the amount of water produced from a randomly sited well may be very small. Such low producing wells often provide adequate water for domestic or farmstead uses. If a well is to provide irrigation water a more highly productive well will usually be needed.

Scientific methods have been developed for locating wells where they will penetrate into zones of fractured rock buried beneath the soil surface. Wells located on a fractured rock zone will produce much larger quantities of water than wells drilled into zones where the rock is not fractured. Finding the fractured rock zones, or better yet, finding the intersection of two fractured rock zones can be a time consuming and expensive procedure. Only geologists and engineers with training in aerial photo interpretation and hydrogeology are qualified to locate wells by the fracture-trace technique. If a high producing well is desired, however, the consultants fee for siting the well is worth the extra benefit.

In addition to the siting considerations discussed above which pertain to finding adequate water, wells should be located at least 50 feet from sewers and septic tanks，at least 100 feet from pastures, on-lot sewage system absorption fields, cesspools and barnyards; and at least 25 feet from a silo. Areas where groundwater comes to within 10 feet of the soil surface should also be avoided.

Drilling a well is more than boring a hole into the earth. A finished well will consist of a borehole cut into the aquifer at a diameter large enough to accept the well casing (see Fig. 1) which will receive the pump. The decision on how large the pump must be to meet your intended demand must, therefore, be made before drilling starts. Your well driller will actually make these decisions, but he must know your needs. 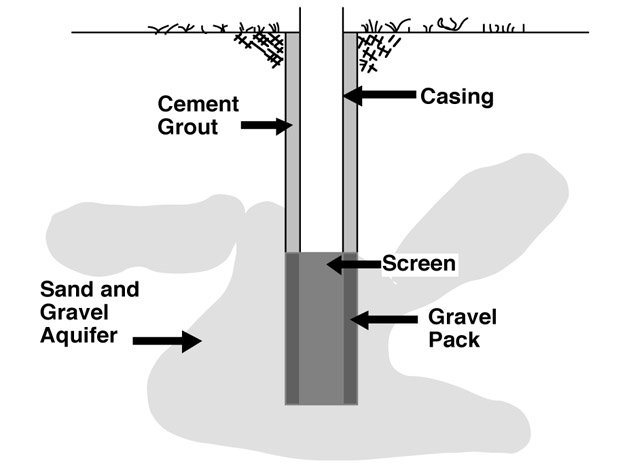 Developing a well is the process of clearing the well of fines left by the drilling operation, and flushing these fine particles out of the gravel and aquifer between the well screen and the first few feet of the aquifer.

Development is accomplished by surge pumping, bailing or any operation which will force water through the development zone at high velocities. Developing a well is the responsibility of the well driller. Properly developed wells will yield more water than poorly developed wells.

With the well in place, the question remains "How much water can be pumped from the well on a sustained basis?" The sustained pump rate is dependent upon the aquifers ability to move water toward the well under the influence of gravity while the well is being pumped. To determine the sustained pumping capacity of a well a pump test must be performed on the well. The pump test should be completed by the contractor as part of the well drilling contract. The desire for a pump test must be made clear to the driller before drilling begins because some drillers are not able to do the pump testing. Be sure to use a driller who can complete all drilling work including the pump test.

Several types of pump tests have been developed, but all are designed to establish the long term equilibrium rate at which water will flow towards and enter the well. The simplest, most straightforward pump test is to place a pump in the well, after the development phase is complete, and pump water from the well at a constant rate. The discharged water must be dumped some distance from the well so it can not recirculate back into the well during the pump test. The pump rate should be great enough to stress the well, but not so great as to cause the well to be pumped dry. During the pump test, the water level in the well must be measured and recorded at regular intervals starting at the time pumping begins and continuing until pumping stops. Pumping should continue for at least 24 hours (without interruption) or until the water level in the well remains at the same elevation for three consecutive half-hour readings. 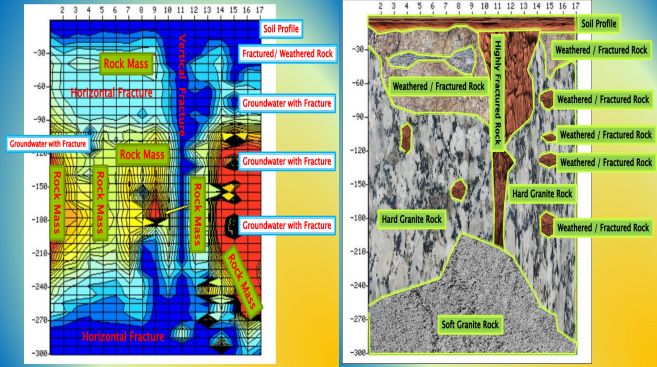 We provide you another solution before you drill a well, that is Using PQWT water detector to detect your local completed well, then you will know your local underground geological structure and completed well situation, that will be more helpful to drill a new well.