Some basics of drilling wells to find water

An old well, the water pressed from it, the summer time is particularly cool, comparable to the refrigerator freezer ice water, the winter time but not ice, but a little warmer than ordinary tap water, so the question arises, why is this in the end? 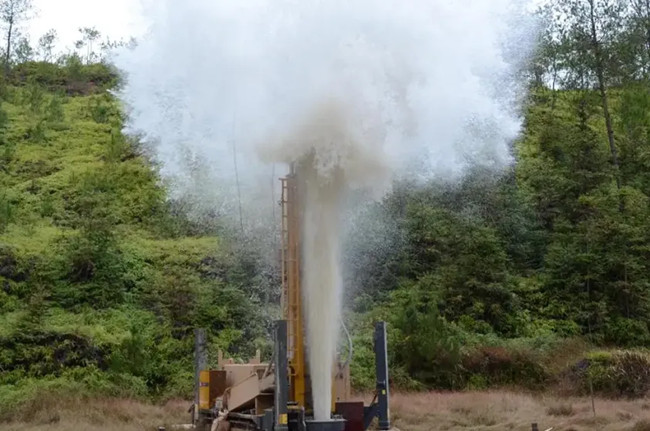 Wells, since ancient times. In the countryside, in small towns, there are many wells, a sign that people use groundwater. Of course, well water can not be directly drunk (except for washing with), it contains a variety of impurities more, you must use alum and other after precipitation, before boiling and drinking. People who have used well water know that well water is "warm in winter and cool in summer".

Because the soil deep underground can not directly to the air heat, so the underground temperature does not change much, the temperature of the well water is also higher than the ground. This is when the water is brought to the surface to feel hotter. It is not only the well water will give the feeling of warm in winter and cool in summer. It is the groundwater, caves, cellars, are like this. People use this to store fruits and vegetables in the cellar in winter to prevent freezing, and in summer to preserve them. Drilling a well is a very in-depth technology. The main method of drilling a well is to find the underground water line. If you find the wrong place and you can't get water, it's a waste of energy. Now that technology has evolved, the method of finding the groundwater table is more scientific and more accurate. In the past, the experience of well drillers was to find the groundwater line. However, well drillers have developed many experience-based methods that have been used to this day. Well Drilling Basics A diving water level map is a contour map of groundwater.

To make a correct determination, one must first understand the basic elements of diving.

4. Choice of well location: The well is a facility for a tubular vertical water harvesting project used to extract groundwater. In order to increase the amount of mining recharge and to ensure long-term balanced extraction of water sources, the water source should be selected as close as possible to the area of maximum interception of underground runoff, close to the recharge source and the land can adequately capture a variety of recharge, such as water sources as close as possible. The banks of rivers that provide groundwater, areas near subsurface runoff are drainage areas, etc.

As shown, in order to obtain sufficient groundwater resources, the best location for drilling wells in the area shown should be two. According to the characteristics of the contours and related knowledge, the contours are raised in the direction of large values, indicating that the values of the ground are small, i.e., the ground is a catchment area. Among the four locations, two locations have the largest curvature, indicating that there is a large variation and dive flow to the four locations at 34, so the two locations have the most abundant groundwater resources. The principle of electric detection method used in the instrument is divided into artificial electric field method and natural electric field method. Artificial electric field also includes DC power supply, excitation, controlled source and other professional methods, these methods are mostly used in various large geological census projects, involving thousands of lines and points, but it is quite inconvenient to use, especially to carry the power supply device, which often requires a lot of manual labor. The natural electric field method has gradually matured after decades of research and application. It also requires people who are looking for water to have a lot of practical experience in the local environment, lithology, and has been well analysis in order to say white hair a hundred times.