How can the low value layers with and without water be distinguished from each other. In our previous discussions, we concluded that "the magnitude of the value of the method in the same electromagnetic environment is determined by "water", whether it is useful fracture water, pore water, or useless crystalline water, structural water." 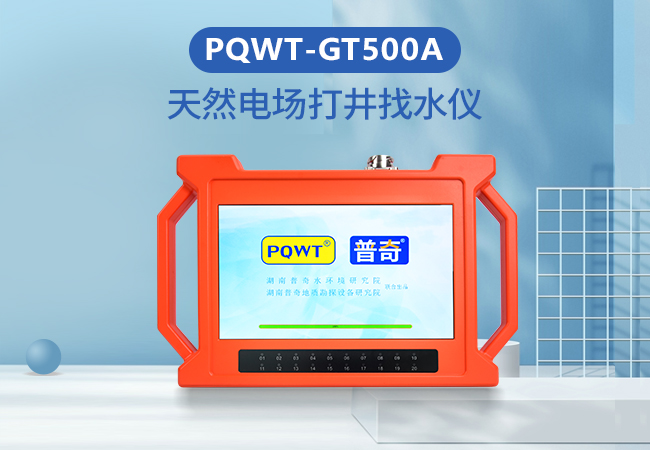 In [Theory Discussion] No. 5, we introduced that fracture water is a polar molecule, which generally shows low values in the astrograph. Some rocks in the formation contain mineral water (structural water, crystalline water, adsorbed water), which are also polar molecules and will also form low values. As a physical prospector can not be forewarned to analyze which low values are formed by rocks containing mineral water and which low values are formed by fracture water. It is necessary to summarize the law, from the low value form, value size, rock properties, known well conditions and other aspects of analysis and research.

Specifically, the following eleven experiences can be provided for your reference (each refers to the hydrostatic level below).

1. To study the high and low value anomalies, we should read three maps together (original curve map, original profile map and processing profile map), and pay attention to the abrupt changes of the values in the lateral or vertical direction, as well as the detailed changes in the map. When there are many low values whether there are low values of anomalies, often processing graphs to see more clearly. If you only like to look at the graphs and will not look at the profiles, you will not analyze the causes of the anomalies. In particular, the most fearful thing to do anything is that the original information is not true. Found anomalies if you are not willing to do misalignment retesting verification, but only subjectively think it is real, the same is the chance.

3, in the v-shaped low value downward transmission of a certain depth again appear low value mass, to observe whether it is a longitudinal and horizontal low value superposition caused by, if not superposition, then it is certain that there is another low value body, containing fracture water may be very large.

5, if the measurement points are more, both sides are high value, the middle is low value, but the low value of the anomaly is not very narrow v-shaped, as long as you can exclude the high and low value of downward transmission causes, hit the high and low value contact zone generally have water, the size of water and lithology. In sedimentary rock areas, if the electromagnetic environment is normal, the maximum value of the original map is small, and the choice of low value drilling, you need to consider whether there is a risk of bad lithology. The size of the value is important for the analysis of the diagram, but when measuring the size of the value must pay attention to the impact of the electromagnetic environment on it.

6、If the graph has a high value at one end and a low value at the other end, and the value is asymptotic, it is important to consider whether there is a possibility of thickening of the soil layer or weathering layer on the low value side (if this is indeed the case, this is also caused by non-tectonic low value downward transmission, and there is a small possibility of water).

7, if the maximum value of the graph is small and not in the unused area, it means that the lithology is soft. The value of the low value layer or low value point in the graph will be smaller, and such low values are generally of no use. This is the case, for example, with muddy rocks. In addition, in basaltic areas, as columnar joints are very developed, the joints are often filled with very thin mud. Some basaltic rocks containing itingite, chemical formula has 4 crystalline water, the rock hardness, but the value of Tiandian is small, so the effect of choosing the low value in the low value is generally not good, it is appropriate to choose the high and low value contact zone.

In the value is not very large crystalline rocks (such as granite, gneiss, etc.) in the light-colored vein rock, the mineral composition is mainly quartz, feldspar, non-polar material, vein rock rarely contains mineral water, will generally show high value anomalies, but also good conditions, must not be indiscriminate selection of low value anomalies.