Underground pipeline conveying water, but for how long there will be leakage problems, and will find that the leak occurs when the surface may not have signs, even if the water seeps out from the surface, the seepage point may not be the leak, especially when the ground has a cement and other cover, but even more so, the pipeline leak detection point is currently used more methods for: listening to the sound method, sound vibration method, which is commonly known as the water leak detector 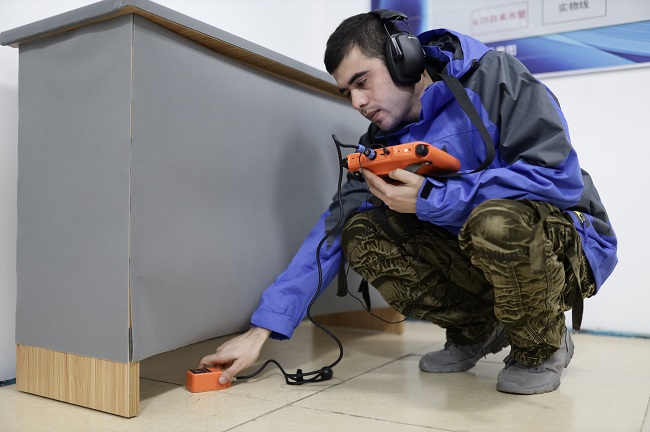 The first sound is pipe vibration, the loudest and easiest to detect, which is caused by cracks in the pipe and hisses or resembles a whistling sound.

The second sound is the sound of water passing through cracks in the pipe and impacting the surrounding soil. The type of soil around the pipe affects this sound. If it is rock or gravel, we will hear a knocking sound.

The third sound is the water flowing through the soil between the cracks will make a gurgling sound, like a stream.

(1), injection noise (leakage sound waves) along the pipe to both sides of the propagation.

Within a few dozen meters on the pipeline can be heard quite strong injection sound, similar to hissing or a kind of whistle, this sound spreads along the pipeline, and some can even be transmitted to several hundred meters away.

If you listen to the leakage meter or listen to the leakage rod, the measurement point in the pipeline wall and appendages (such as valves, hydrants, etc.), the sound mainly along the pipe, will vary with the material of the pipe, thickness (caliber), the distance between the leakage point and the measurement point, different caliber of the pipe vibration loudness along the pipe propagation distance is different, the smaller the caliber of the water pipe, the farther the sound spread (see schematic).

In addition, the different materials of the pipe along the pipe propagation of attenuation is also different, metal materials than non-metallic pipes to spread far.

The pipeline is buried underground, the liquid in the pipeline gushes out to impact the soil, the crack of the pipeline and the surrounding soil will produce vibration, these vibrations can be transmitted to the surface to produce noise, this noise contains the sound of liquid flow, impact, friction, oscillation, etc., is a comprehensive sound, sound quality (sound size and frequency range) and the size of the leak, pressure, depth, the material of the pipeline, the surface The sound can be measured and heard.

Leak sound source (vibration center point) a point, in the soil layer, if the medium is uniform, this vibration will expand in all directions in the form of spherical waves, the farther the propagation distance, the smaller the vibration amplitude; the closer the distance, the stronger the vibration. Because the distance of the spherical wave reaches the ground in the vertical upward direction is the shortest, thus the vibration is strongest at the part of the ground that is vertically opposite to the leakage point.

Long-term leaking pipes will absorb the vibration of the leak sound, which will also make the leak difficult to detect.

There is also a situation where the leak does not make a sound (called a silent leak, such as water seepage and dripping caused by a poorly sealed valve), in which case it is impossible to detect with a leak listener. 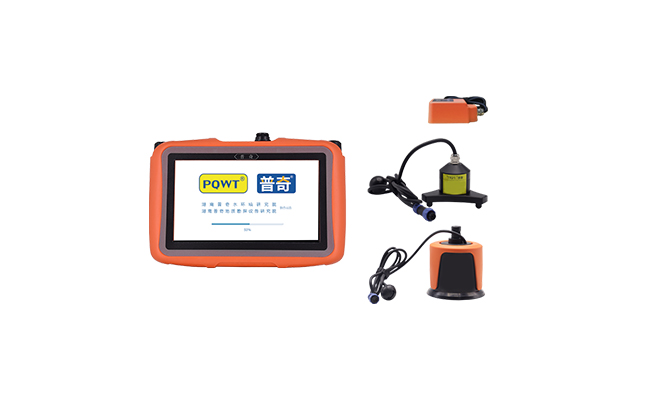 PQWT is a professional organization engaged in the research of leak detector equipment and urban pipeline to reduce loss. Mainly committed to the underground pressure pipeline leak detector application technology research and scientific and technological research has been jointly established with Harbin Institute of Technology, the thirteenth five-year national water special R & D base, and Hunan University of Science and Technology jointly established a strategic innovation base of industry-university research cooperation, and the University of Algeria reached a strategic partnership in a new generation of underground pressure pipeline leak detector R & D field of independent core leak detection technology has caused the industry We have applied for a number of invention, utility model and appearance patents for our pipeline leak detector series instruments, forming our own unique technical features and advantages.