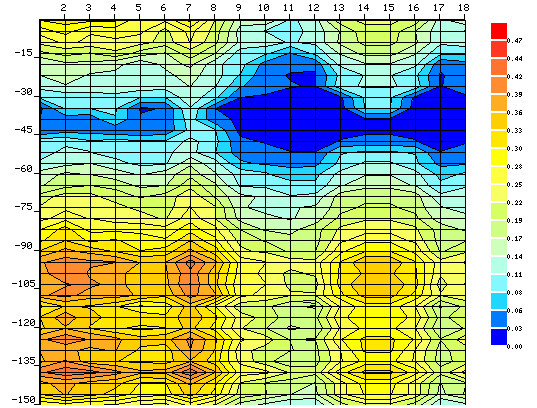 Why does water absorb electromagnetic waves? This is because, water molecules are polar molecules (i.e., the positive and negative charge centers of individual atoms in the molecule do not overlap, and the charge distribution is asymmetric). Water is a polar molecule because it is formed by two hydrogen atoms and one oxygen atom, and the angle of the two hydrogen atoms is about 109 degrees. This means that the centroids of the two hydrogen atoms do not coincide with the centroid of the oxygen atom. The ability of the oxygen atom to attract electrons is much greater than that of the hydrogen atom, and the electrons on the oxygen-hydrogen bond are more favorable to oxygen. The center of gravity of positive and negative charges in water molecules are far apart, so water has a large polarity. Electromagnetic waves are high-frequency oscillations, in this high-frequency oscillation of water molecules will vibrate, so that the kinetic energy increases. Increased kinetic energy will reduce the energy of electromagnetic waves, which can also be recognized as electromagnetic waves are absorbed into the heat, so the food is heated.

Electromagnetic wave propagation in the underground, when encountering bedrock fracture water, electromagnetic waves are absorbed, the value decreases, becoming a low value, downward propagation ability is reduced, there will be a low value of downward transmission. As long as we can exclude the non-structural low-value downward transmission of false anomalies, the probability of low-value "anomalies" in hard rocks with water is very high.

This property of electromagnetic waves is not present in the resistivity method, which reflects more the electrical conductivity of the rock skeleton than the shielding and absorption capacity of water. This is the reason why the natural electric field ground water detector is more sensitive to water bodies. 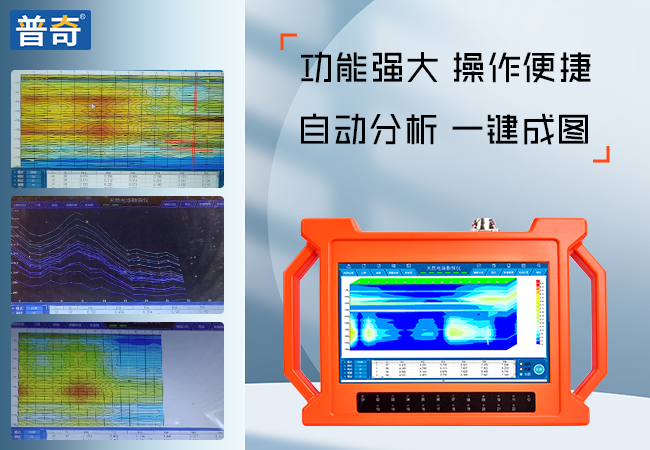 Most of the rocks with fracture water are reflected by lateral or vertical low value anomalies, but the low value without anomalies does not necessarily have fracture water. Soil layers, soft rocks or strongly weathered layers show low values because they contain more mineral water. These rocks and soils do not have high values of sky electricity not because of its small resistivity, but because it contains more mineral water in its mineral composition. For example, kaolinite in clay minerals has the crystal formula 2SiO2-Al2O3-2H2O and contains two crystalline waters. Hard rocks with high resistivity often also form low value layers, also because of the high content of mineral water such as crystalline water or structural water. For example, hornblende is a chain structure silicate containing (OH) Mg, Fe, Ca, Na, Al. OH is not a hydroxide root here, but the usual expression of structural water, and the water is separated out when it is heated to 600 degrees or more.