In order to explore the variation law of the measured signal and analyze the source of the signal, we conducted a test of the variation process of the signal using the triple-frequency method of the Puchi ground water detector. The measurement point was fixed, the pole distance was 10 meters, and the gain was measured with 0 gear once every hour, starting from 5:00, until 21:00, for a total of 17 hours. 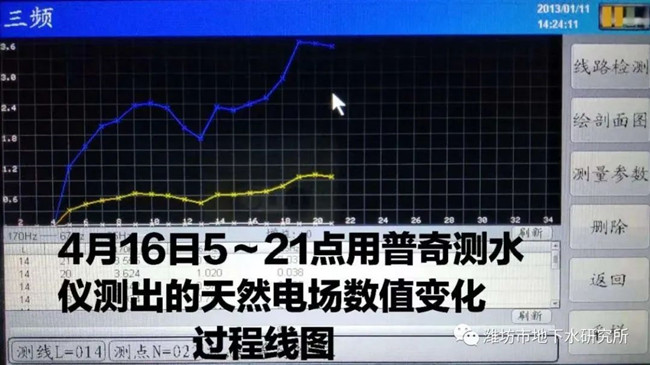 3, electromagnetic environment: high speed rail is about 3 km from the test site, no factories within 3 km, all residential areas, stores, schools, hospitals, institutions, hotels, office buildings and other non-industrial units, no power electricity, all 220 volt electricity users. The nearest transformer and high-voltage line is 200 meters from the test site.

The ground water detector signal change process line is shown in the attached figure above. The point number of the horizontal coordinate in the figure happens to be the whole point of the 24-hour time system used in the measurement.

From the ground water detector graph, the following patterns can be found.

3, 13 o'clock is the only small trough point in the whole line.

On the second day, we checked the values of several time points, and the pattern was the same as the first day. 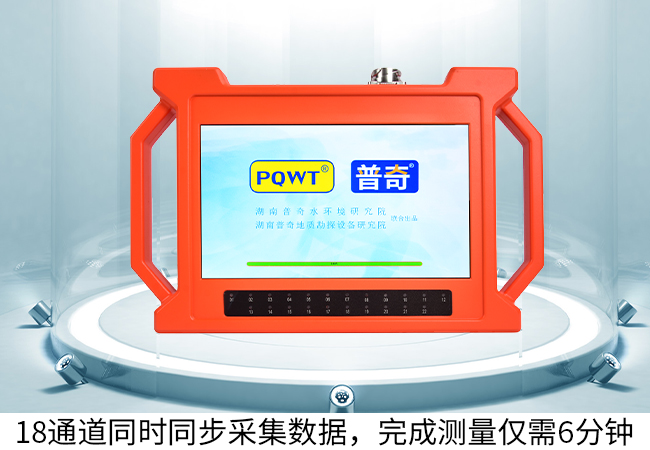 Third, the analysis of the causes of the signal change pattern.

The sky power signal is unstable during the day, sometimes changing fast and sometimes more stable. With this in mind, it may be better to choose a more stable time period for the measurement work. If the first day only measured once need to go to the next day to retest, it is also best to arrange the same time to retest.

For the sky electricity signal source, in the literature on the spread of the statement: "natural electromagnetic waves mainly from the solar magnetic explosion (black sub activity), the Earth's geomagnetic pulsation, the three equatorial minefields, strong storms, etc.". Whether or not these sources exist is beyond the scope of our research, and we do not dispute that. But whether they are the "main" sources, we disagree. If these sources are real, they are minimal, more unstable, change instantaneously, and may even be the source of interference like "flying spots".

Many users in Tibet, Xinjiang, deserts, prairies, forests and other areas without electricity when measuring, even hard rocks, the measured signal is particularly small, only 0.00 a few, or even 0 value. According to the above statement, there is no electromagnetic interference, only those "sky guests", should signal better, the fact is the opposite, which is enough to prove that those "sky guests" are not the "main ", is dispensable. The main source should be the secondary electromagnetic wave signal caused by social electricity in a larger area, it is more accurate to call it "social electricity caused by artificial electric field".

The ground water detector signal instability caused by sometimes measuring once a kind of problem how to overcome, it is understood that the Hunan Puqi geological exploration equipment research institute is studying to solve.

Conclusion: not book-based, not top-based, only realistic.