Talk about the applicability of ground water detector in-situ remeasurement

Ground water detector misalignment resurvey is parallel to the original survey line a number of meters apart, the points will be aligned, point distance, points, direction, measurement depth, etc. are not changed again, this is called parallel misalignment resurvey. It can be referred to as misalignment remeasurement relative to the original remeasurement. Misalignment distance according to our experience is generally selected about 5 to 10 meters. If the misalignment distance is too small there are many unfavorable factors can not be ruled out. If the distance is too large to ensure that the ground electrical conditions do not change. Misalignment 5 to 10 meters after the measurement if there is still doubt about the anomaly, you can leave a distance to measure again, from near to far to trace. In the longitudinal or lateral no value abrupt change in the map, can be considered as no anomaly, such a measurement line can not do retesting, directly abandoned. 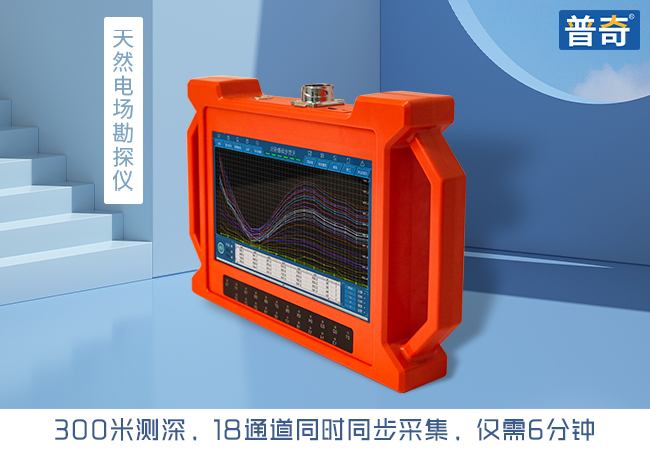 For the ground water detector map using only horizontal formation, if it is measured with single channel ground water detector, the misalignment retest can be left out and the well can be analyzed directly whether it can be fixed. However, for vertical low or high value anomalies that appear in the lateral direction, whether they are blue pillars, red pillars, v-shaped, wedge-shaped, high and low value contact zones, or localized low value blocks, misalignment retesting should be done.

Especially for anomalies with suspected high and low value downward transmission, not doing misalignment retesting is taking chances, and the success and failure are not rare. For the use of multi-channel instruments, the consistency of doing an in-situ retest is very good, and often reluctant to do a misalignment retest, but this is still unreliable for the following reasons.

Secondly, where the soil layer is thin, the thickness of the soil layer or the strongly weathered layer is not uniform, and where it becomes thicker (like an invisible ancient washout buried underground), the shallow layer will form the source of the low value, and then the value will be passed down to form a "non-structural low value anomaly".

In places where there is backfill, sometimes the grounding conditions are not uniform, and anomalies may occur at measurement points with large variations in grounding resistance. As long as the non-structural high value or low value anomaly can not be ruled out, as usual, will hit the dry eye. These cases only do in situ retesting can not be ruled out, consistency and then there may be no water. This is because the in-situ retest or measured those points, the above-mentioned factors do not have any change, and then measured in-situ once the map generally will not change.

But if it is to do ground water detector misalignment retest is not the same, the point location has changed, the several points of the soil thickness or strong weathering depth will not change? The grounding conditions of those points will not change? The possibility of change is great, the conditions have changed the anomaly also changed, non-structural anomaly is ruled out. If the anomaly still has no major changes, the biggest possibility is that the anomaly has a certain extension, and the possibility of a tectonic anomaly is very high. This is the "exclusion identification method" used to exclude the possibility of non-tectonic anomalies such as ancient drains.

If the anomaly disappears after the misalignment retesting and identification, it can be considered as the second genesis, and can be directly denied to find another one. If the anomaly is consistent, it can be combined with other conditions such as lithology, static water level, and the obviousness of the anomaly to determine that it is a negative well. Or leave a little further away to make another misalignment retest line to further rule out the possibility that the low value point is a paleogrout genesis. 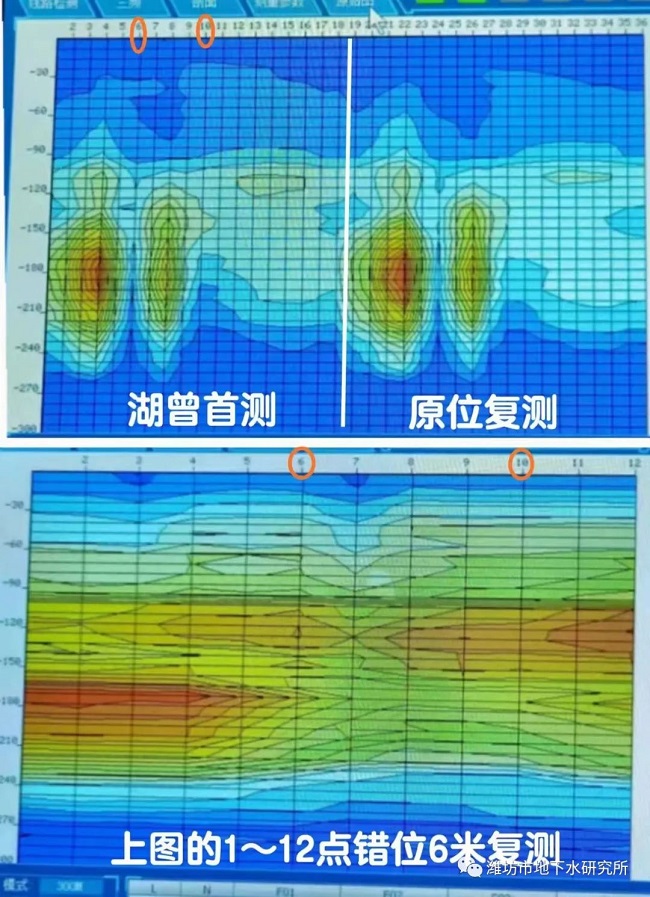 The map attached to this article was measured with a multi-channel ground water detector. The top map is the first map and the ground water detector in-situ retest map, which are exactly the same. The bottom picture is the misalignment retesting chart made by leaving 6 meters (only 12 points were measured), which is completely inconsistent with the above chart. 6 and 10 points are completely different from each other, so it is very likely that 6 and 10 hit dry holes no matter which one is hit. The consistency of in-situ retesting is good that the instrument is advanced, and the inconsistency of misalignment retesting is the reason of geology, which has nothing to do with the reliability of the instrument. Therefore, the more advanced the instrument is, the more important the misalignment retest is than the in-situ retest.

It is very difficult to find water in tectonic extrusion zone, how can people with no experience in geological work distinguish? The most important feature of tectonic extrusion zone is that the mountain rocks are broken, and the lithology and production are disordered. The consistency of in situ retesting is very good, but it will change as soon as we do misalignment retesting. Therefore, misalignment is also a good way to identify whether the zone is tectonically extruded or not.

Another advantage of ground water detector misalignment is that it adds another line to facilitate the selection of the best points, which line is better to hit where.