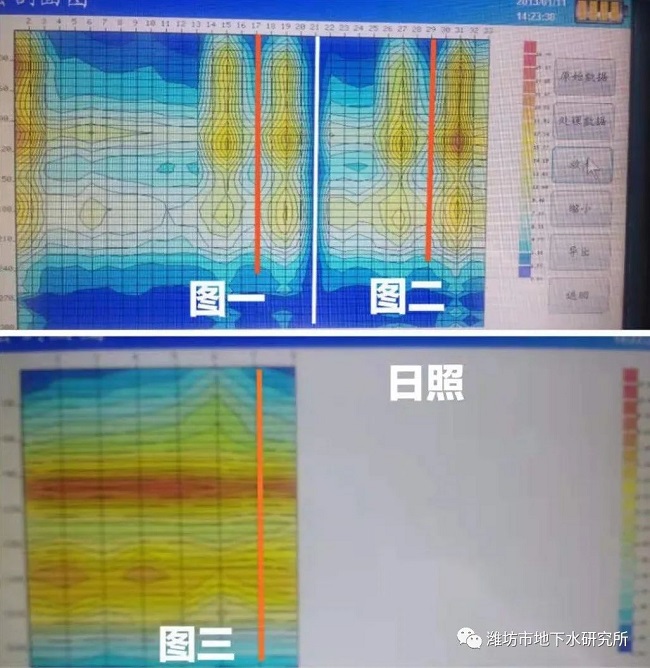 Low value downfall is that if the value (or color) of the shallow surface layer below the ground at a certain measurement point in the map is lower than the two sides, then the value of any depth below it will be lower than the two sides of the same depth, just like there is a large umbrella in the air blocking the sun, down to the ground are its shadow is a reason. There are strong and weak low values of downward transmission, and very strong ones form a blue column. By the same token, high value downward transmission is like having a searchlight shining downward in the air, and all downward are its light columns, and high value downward transmission is very strong to form a red column.

There are three reasons for the downcast high and low values.

One is that the signal source is unstable in time, strong for a while and weak for a while. This situation is not consistent as long as the in-situ retesting is done abnormally, it confirms that this is an artifact and cannot be trusted.

Second, the surface electrical inhomogeneities caused by high and low values of downward transmission, this situation because the surface electrical inhomogeneities are real, only do in situ retest, the anomaly will also be consistent, still can not confirm that it is not the cause of the structure, must be done again to verify the misalignment retest.

Rizhao a chicken farm is located in the top of the mountain, the lithology is mica schist, groundwater supplementation, runoff, drainage conditions are extremely poor, the past to find people measured four well position, because do not understand the high and low value of the lower transmission of the truth, played four dry eyes. The first line we measured is shown above. 21 is empty, ground water detector Figure 1 is the original measurement map, Figure 2 is the in-situ retest, the two maps are very good consistency. 17 = 29 is the same low value anomaly. 15 = 27, 19 = 31, are high value anomaly, if no experience most of them will look at 17 = 29, we after the analysis of hydrogeological conditions After analyzing the hydrogeological conditions, we thought it was very likely that this point was caused by the surface electrical inhomogeneity, so we did a misalignment resurvey 5 meters apart, and compared with Figure 1 and Figure 2, it was already completely different (see Figure 3), which confirmed that our analysis was correct and avoided playing the fifth dry eye again. We continued to measure three more lines, selected a misalignment retest abnormal consistent line fixed point, into the well with 2 to 7 square hours of pumping not dry, completely solve the chicken farm water, praised by the boss.

Third, the structure of the cause. That is, the source of the low value point (section) anomaly may be caused by strong weathering or fragmentation of the fault or rift zone at a shallow level. The high value point (section) anomaly may be caused by veins or other high value layers in the surface close to the outcrop, as long as the mismatch retest anomaly is consistent, it means it has a certain extension, the possibility of tectonic genesis is higher, there may be water.

If there is a low value point anomaly under the high value layer of ground water detector, such a low value point is not likely to be caused by the low value of the lower transmission, as long as the retesting is consistent, it can be fixed.

The source of the ground water detector's high and low values are usually found in the shallow part of the profile, and sometimes in a certain depth, which should also be paid attention to. 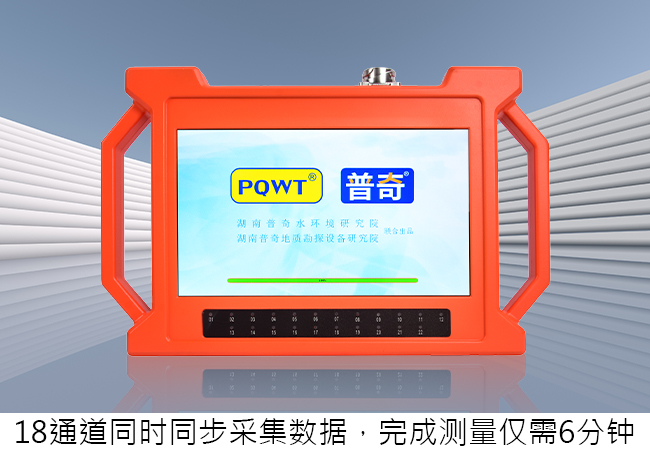