What external interference will exist in the work of the pipe leak detector?

1, a variety of sound sources of external interference

Underground pipeline leakage, generally speaking, its sound is very weak, once the external noise interference is very easy to cause water leakage detector leakage mishearing. General noise sources are no more than motor motors, blowers, freezers, exhaust machines, winders and high-voltage transformers and other noise. Such noise and water leakage sound frequency is very similar, after the ground propagation can almost reach the point of falsity. In addition, telephone, cable, gas and other underground facilities leak damage sound and leak sound similar, often resulting in the illusion of leak detection workers. So leak detection must have a solid basic skills, but also should be familiar with the external environment around the water pipe, do not be a grassroots, once the sound is considered a leak.

In addition to the above-mentioned external interference sound, due to the needs of the pipe network structure itself, there are elbows, ladder mouths and other places in the pipeline, due to obstruction or impulse increase or decrease will make a certain sound, hear this sound must not be taken as a leak. A relatively simple method is to listen to more time, because this sound is unchanging more stable, but the spread is not far, as long as more time to listen, the range can be expanded to exclude some, without causing mishearing.

(1) the sound of running water in the tube

This sound, is the flow of water through the pipe, bolts and other protrusions when the valve friction, in the pipe wall and the water spread vibration sound. For example: the vibration sound generated by the gas valve in the exhaust, closer to the gas valve frequency between 800Hz-2KHz, farther away in the range of leakage sound frequency. And in the state of the gate valve door is not fully open, the water flow of the rubbing sound and leakage sound almost completely indistinguishable, thus causing obstacles to listening to the sound investigation and related investigations.

In the above case, it is necessary to find out whether the valve is in the closed state or in the fully open state when working.

Underground cables, overhead transformers, street lights and other electrical equipment generate low frequency loop sounds below 300Hz, so more attention should be paid when conducting related investigations and listening operations in these areas.

It is generated when a large amount of water is used. It is also important to pay attention to this sound because it can be mistaken for water leakage during listening and related surveys.

Sewage flow sound and the sound of water flowing into the sewer well, its frequency range between 500Hz ~ 2KHz, so listening to the sound survey, related investigations should pay more attention.

Car driving due to a passing can, so its volume changes irregularly, easy to identify. But sometimes the tires rubbing sound in the frequency range of 1 ~ 2KHz, very easy to confuse with water leakage, so listen to the sound survey should pay attention to. 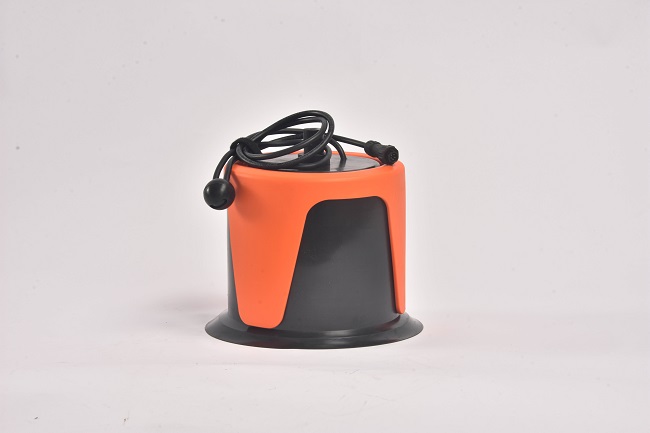 Listening to the sound survey used pickups, flexible wire (wire) in the case of wind scraping, will produce 500-800Hz low-frequency sound, easily mistaken for water leakage sound. When the wind speed is 4-6m/s, it is difficult to determine whether it is a water leakage sound because of the wind. Our new generation PQWT-L series water leak detector with wind collar effectively reduce wind interference in northern areas

Urban noise includes: coolers, heaters, car driving sound and other noise, synthesized between the forest of tall buildings. This noise is in the circumferential range of 400Hz-2KHz, similar to the sound of water leakage. Thus, the formation of obstacles to listening to the sound investigation.

2, different road surface listening to the effect of different leaks

As a rule, the higher the standard of pavement structure, the better the effect of leak detection. This is because the high standard pavement structure is compact, fast sound transmission, distortion is small, and vice versa is poor. So it is easier to detect leaks on white pavement and asphalt pavement. The next is a large stone has a base pavement, the second is rather piece or block pavement, again is the dirt road, the worst is the coal chip road, because the coal chip after burning into porous cinder, and the formation of the cavity absorbs the leak sound waves, so it is extremely difficult to hear the sound of leaks.

The sound waves emitted from the leak are transmitted into the ground from the rupture of the pipe, and the surface, and the pipe itself has a sound transmission, the sound of the leak along the pipe wall to radiate in all directions. The distance of propagation varies depending on the structure of the pipe. At present, the widely used pipes are divided into metal and non-metal categories. Metal pipes are divided into cast iron, steel pipes and white iron pipes. Under the general condition of steel pipe, white iron pipe sound transmission range, easy to capture the sound of water leakage. But because of its good sound transmission brings the side effect is to listen to the test everywhere like no leakage, determine the leakage point is difficult. Cast iron pipe sound transmission performance is poor, mainly because the interface filler is mostly non-metallic materials. But its leak point sounding more concentrated, once the detection of leakage point error possibility is small. Non-metallic pipe sound transmission performance is poor, the use of leak detector leak detection must be steady, step by step inspection and listening, so as to detect.

Attachment: sound transmission range: steel pipes generally up to 60m, white iron pipe can be farther. Cast iron pipes can reach 10-20m, while non-metallic pipes often can not even transmit a pipe itself.

Please adjust the measurement parameters settings (volume and gain) according to different measurement environments, the sound of water leakage is certainly different from other noise, there are similar to the bared, water tumbling sound, water droplets burst sound, etc., how to screen the sound of water leakage from the many noises is the key to leak detection, to master these need to have a long practical experience, a point of listening time can not be too long, generally about 10 seconds, through different points The point with the strongest signal and the biggest sound is the point right above the leak. 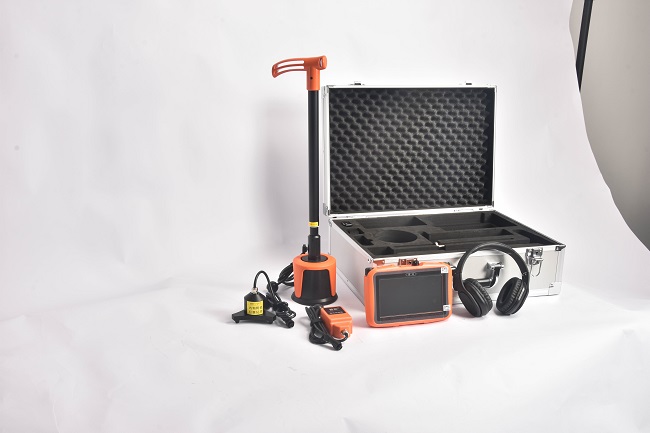 PQWT Research Institute is a professional institution engaged in the research of pipeline leak detection equipment and urban pipeline loss reduction. Mainly committed to the underground pressure leak detector application technology research and scientific and technological research has been jointly established with Harbin Institute of Technology, the 13th Five-Year National Water Special R & D base, with Hunan University of Science and Technology, the establishment of a strategic innovation base for industry-university research, and the University of Algeria reached a strategic partnership in a new generation of underground pressure pipe leak detector R & D field of independent core leak detection technology has attracted great industry The leak detector has applied for a number of invention, utility model and appearance patents, forming its own unique technical characteristics and advantages.