What is the reason that the graphs measured by the natural electric field physical sounding ground water detector are sometimes measured once and the same?

Most of the maps measured by the ground water detector of natural electric field are consistent, but sometimes we find that they are very different, and even one sample is measured once. When we use two instruments in these places to measure at the same time, the two maps measured are identical. This shows that the reason for the inconsistency of the two measurements is not the problem of the instrument, but mainly because there is no geological anomaly in the measurement line, or the useful signal is too weak, and the useless signal is not stable. Here we can borrow a word called "signal-to-noise ratio" is too small, or called "positive is not suppressing evil". 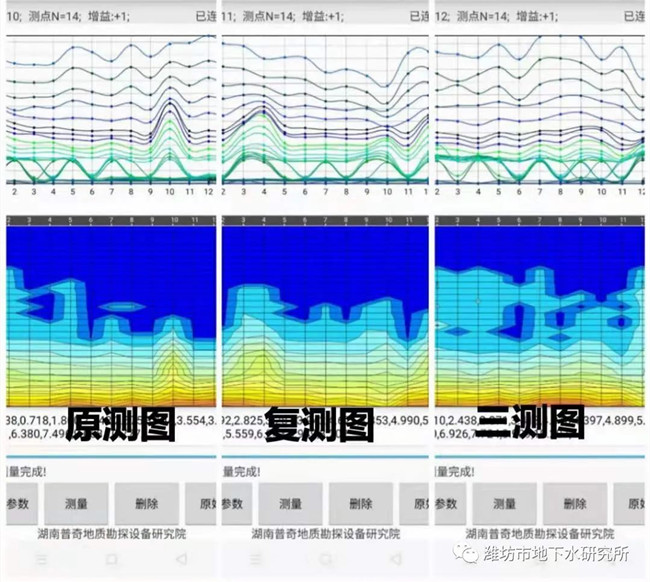 In Figure Review 2019, Issue 7, Figure Review, the maximum value of the profile near the transformer is 76 times larger than the maximum value measured 50 meters away, and the structure of the figure is inconsistent. Some scholars to industrial stray currents as the main field source, research "stray earth current method" and "acoustic frequency earth electric field method" to find water, and achieved certain results, is good proof.

We believe that the degree of influence of the "artificial electric field" has the following four aspects: 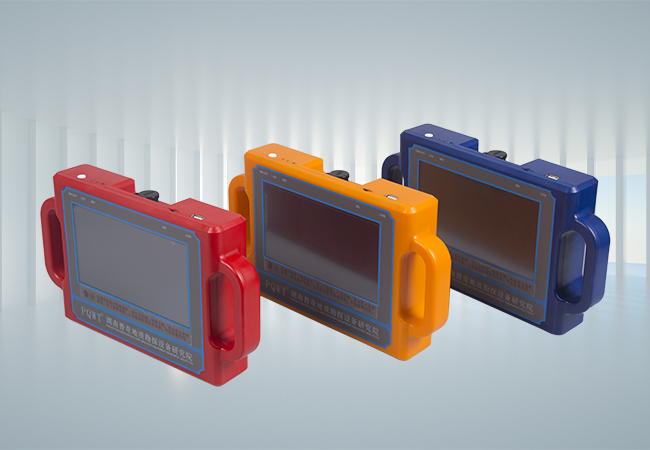 First, a larger area of "regional electricity level". In the vicinity of the town, more enterprises on both sides of the road, villages and other areas, all the small and large stray currents, etc. converge together, will make the overall stray current in the region is large. Most of the values measured by mudstone are very small, but in such areas, even if the underground is full of mudstone, the measured values will not be small. In Hunan, an instrument user, in Xiangtan County 030 county road next to a larger village hit 148 meters all mudstone, no water, but the measured value is as high as 1.6. And in the sparse villages and economically underdeveloped mountainous areas, the vast land wide village sparse large plains, the overall regional electricity level is not high, the stray current is small, even if the ground is hard granite, the measured value is not large, sometimes only 0.0 several, easily mistaken for mudstone.

The second is the size and stability of the current into the ground with electricity facilities. For example, the electrified railroad (including high-speed rail) traction locomotive motor power is very large, the use of alternating - straight - alternating mode of operation, the ground into the stray current is very large, the locomotive is running back and forth on the railroad, and suddenly far and near, the stray current generated suddenly large and small, very unstable, the natural electric field ground water detector detector measurement has caused a huge impact. Then the welding machine grounding into the ground current is also very unstable from time to time. Similarly, the three-phase motor and transformer load is also changing at any time. The greater the transformer load, the greater the grounding stray current will be.

The fourth is whether there are objective geological anomalies underground. Changes in geological conditions that really exist in the measurement line, such as faults, fracture zones, caves, contact zones of different lithologies, etc. are dead, static and do not change with time, and it reflects the true anomaly. If there are no such things in the measurement line, the instrument still has to produce data and draw pieces, and all that is reflected by these pieces is the instantaneous change of that stray current and industrial frequency electromagnetic wave. "There is no tiger in the mountain, the monkey is called the king", it will be measured once a kind. The situation of "positive does not suppress the evil" mostly occurs in areas where the stray current is too large, the electromagnetic environment is not good or the muddy rocks are mainly water-bearing.

There are two cases in 2019 No. 8 map evaluation, the stratigraphy of these two cases are chalk mud rocks, the same lithology, not far from each other, are very poor water area, but these two cases are different from a food factory far and near. The upper figure is 250 meters away from the food factory, with a good electromagnetic environment. The profiles measured before and after are almost identical, and the maximum values measured are not greater than 0.05, indicating that the signals of the real available electromagnetic waves are small but relatively stable, and we used the relatively high value layer fixed at a depth of 130 meters to drill a good well of 8 square meters per hour. The following figure is 10 meters outside the food factory, the measured maximum value reaches more than 0.6, which is more than ten times larger than the above figure. The consistency of the profile before and after the two times is very poor, and it is far-fetched and purely accidental if we insist to find out the high value point from which two measurement points are consistent. In this case, the size change of the value does not represent the real change of lithology and fracture, all of them are instantaneous changes of the signal source. Two deep wells of more than two hundred meters were drilled near the second map measurement line, and no drops were seen. On the contrary, as long as the measurement once a kind can be identified as "positive not to suppress the evil", no point optional.

In response to the problem of "positive not suppressing evil", the following countermeasures can be taken:

First, on both sides of the high-speed rail, when in a line of measurement both true and false, there may be inconsistencies between the original test map and retest map, a map reflects very well, the other reflects badly. This situation can not be ruled out one is true, one is false, which is true and which is false? At this time, it is best to test a third time, "three measurements of two with" the anomaly can be believed as true, because the probability of false anomalies to reach 2/3 is not easy, "three measurements of three different" anomaly should be abandoned, indicating that it is indeed " The positive does not suppress the evil".

The anomalies caused by the transmission of high and low values in the shallow layer should also be true anomalies as long as the retesting is consistent, but whether there is water in the true anomaly should be further judged by combining the depth of the water level, lithological conditions, topography and the obvious degree of the anomaly.

Second, the presence of agricultural transformers or isolated plants in low-value areas, in the measurement to power outages and disconnect the transformer switch. If it is impossible to do a power outage can be far away from the factory or transformer, away from how much depends on the size of its power consumption, the transformer capacity of the factory in the above figure commentary is 250 kVA, the total power consumption of the factory is 530 kW, the location of the above figure commentary is 200 meters away from the factory, so far before the interference completely disappears. When neither blackout nor far away, the measured value is distorted.

In most cases the artificial electric field is more stable, as long as there are obvious anomalies, retesting consistency is good, indicating that the anomaly is real and can be used.

The "positive does not suppress the evil" is bad, but it provides a method of analysis to determine the true and false anomalies, bad things become good.