What is the relationship between ground water detector values and groundwater?

The resistivity instrument directly reads out the potential difference △U and the current intensity I. These two values are then used to calculate the apparent resistance ρs by the following equation.

where: K - device coefficient. Regardless of the device, the value of K is only related to the relative position of the supply electrode AB and the measurement electrode MN.

The second is the electromagnetic environment, that is, the degree of social electrification in the region where the measurement area is located. The same rockiness, the higher the degree of electrification of the region, the larger the reading, and vice versa, the smaller. The further away from the town or electricity supply facilities the smaller the reading, in Tibet, Xinjiang, Inner Mongolia and the northeast and many other places, with the gain +0 appear many values are 0.00 a few. Even the use of gain, because the useful signal is too small often appear "is not pressed evil" (that is, the signal-to-noise ratio is small), measured once a kind, so that it can not be used. 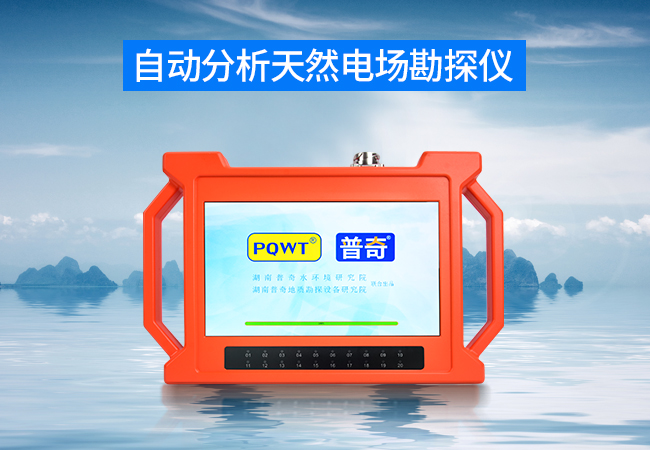 Third, the surface electrical inhomogeneity of the body caused by high and low value downward transmission. The value of the downcast area is distorted.

Fourth is the occasional momentary interference signal, will cause the value of the distortion of the "flying point".

From the above analysis, we can see that the lithology and rock resistivity affect the ground water detector astrometry value size is limited, but there is a certain relatively small impact. The lithology and water-richness cannot be analyzed by the numerical magnitude alone, and the resistivity of the rocks cannot be inferred from the numerical magnitude. This is the reason we say "no matter how big or small the number is", the absolute value of the data size is not very meaningful for the analysis of the ground water detector, and can not be considered.

Here is the reason of "the larger the contrast, the better".

By "contrast" we mean the multiple of the difference in the size of the values of two points adjacent to each other, or two different depths adjacent to each other in the longitudinal direction. The larger the difference, the greater the contrast, the more abrupt the change. Such abrupt changes can be generally referred to as "anomalies", the former is the horizontal anomaly, the latter is the vertical anomaly. A large contrast can also be described as a large gradient of variation. To measure the size of the gradient of variation, you must consider how many meters of point distance you are using, and you must tell the group how many meters of point distance you are using when you consult with them. Regardless of the horizontal or vertical anomaly, and regardless of the size of the value, as long as the contrast is large there is a greater possibility of water, the greater the contrast, the better.

Observe the size of the contrast needs to be read in conjunction with the three maps, the contrast is large sometimes in the processing of the map color will be more obvious difference.

It should be stressed that the cause of the contrast must be paid attention to, according to "one of the skills" method, to remove the false and keep the true, not indiscriminate "see blue is happy", resulting in misjudgment.