What is the significance of the colors in the Tiandian ground water detector profiles?

The bipolar profiles in the Tendon ground water detector developed by pqwt are colorful and colorful equivalents divided by a number of contour lines. People often ask, what do the different colors represent? Which color represents water? To answer this question you need to start from the beginning. 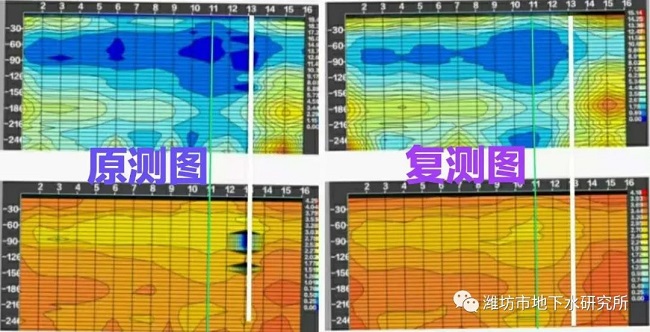 4. The type of rocks and mineral composition are very different, and the lithology is different at different depths, so in the ground water detector map is neither the redder the better, nor the bluer the better, the principle of finding water is to find the abrupt change in the horizontal or vertical, from the unchanged, from the small change to the big change, in the reddish blue, in the reddish blue. This is commonly referred to as anomalies, the anomalies mentioned here include both abnormal color changes, including abnormal changes in the isochrones, such as sudden changes in the density of the isochrones, or jagged, folded, V-shaped, inverted V-shaped and other forms. Observation of abnormalities should be based on horizontal observation, supplemented by vertical observation, with the original graph as the main, supplemented by processing graphs (processing graphs can only look at the contour and color changes, the value can not pay too much attention to, so the processing graph can not look).

5. Structure can control water, lithology can also control water, brittle and hard rocks than flexible and plastic rocks into the well rate, some people call it lithology control theory. The larger the range of bluish in the graph (also depends on the value of the color block), bad lithology is one of the reasons, bad lithology fractures are not developed, the water is not good. If the range of bluish in the red-dominated graph is localized, such as a small group of fast, narrow column, or alternating thin layers, if it is true, the possibility of increased fracture rate is much greater.

6. It is also common to find reddish areas in a predominantly bluish map to set well locations. For example, finding gneiss in schist-based rocks, sand conglomerate in mudstone-based rocks, and marble in hornblende-based rocks are all examples of finding reddish areas in bluish diagrams. These reddish areas are lithologically good and the fractures will be more developed. At this time, the positive increment of lithology on the value greatly overshadows the negative increment of fracture on the value, so it is better to choose the edge of the reddish area for drilling (sometimes the center of the red-letter value) in this case. 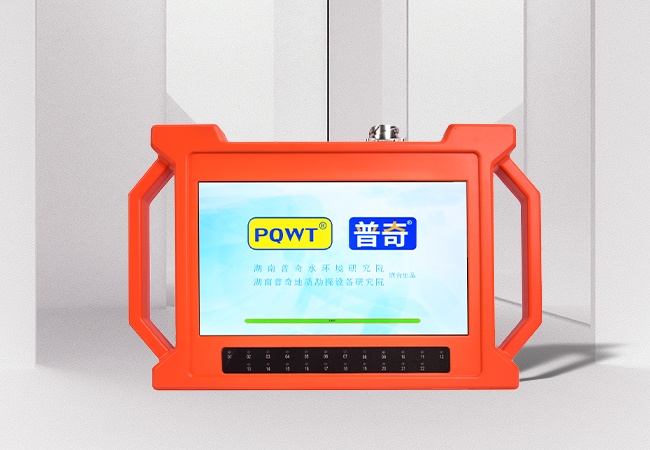 7. What is the color of the upper part of the ground water detector map for the sand and gravel layer of the Fourth Series? It depends on whether the underlying layer is a high or low value. If it is underlain by mudstone with low values, the sand and gravel layer is reddish, and the sand layer water should be found in the shallow reddish layer with large thickness and dark color to set the well. It should be noted that this situation is due to the downward transmission of the high-value layer, reflecting the sand layer under the interface may be larger than the actual depth. This is similar to the situation in formations with thick layers of mudstone underlying basalt.

8. What does the size of the value of the reddest color block at the top of the color bar tell us? The value is the maximum value in this map, which is formed by a combination of factors. The maximum value also becomes larger when the measurement line is close to the high voltage line. The larger the maximum value, the value of each color block are correspondingly larger, even the value of the blue color block will also become larger, so you can not only look at the color of the graph, but also look at its numerical size. The maximum values of a few flying points are caused by disturbances and must be distinguished. The size of the rock resistivity is mainly determined by two aspects of the graph. One is the size of the resistivity of the rock skeleton, mainly related to the mineral composition. The second is the resistivity of the water contained in the voids or fissures of the skeleton size. The less minerals in the water the greater the resistivity, and truly chemically pure water is not conductive. Mountain spring water resistivity is dozens of times greater than the general tap water, plus the mineral composition of the rock, the degree of weathering, differences in electromagnetic interference, so that the maximum value in the profile can theoretically be very large, in the absence of interference to reach dozens are normal. In the case of Puch there are maximum values up to 222, and the amount of water is still good, it is very telling, and the large values are not directly related to the presence or absence of water. In the chert strata because of the hardness of the water, most of the values are small, mainly also because of the mineral bias in the water or high fracture rate or even mud seams. The value measured by the astrometer and the potential difference measured by the man-made field are not a concept and are not comparable.

9. What is the reason for the white color in the graph? The white color indicates that the measured value is 0. The color next to the 0 value is usually the dark blue at the bottom of the color bar, and the numbers marked with this dark blue are 0.00~××. It can be considered that the white color and the dark blue at the bottom are the same color area, and the presence of 0 value is mostly normal. The presence of white areas will not affect other areas, if after retesting 0 value disappears, but still in the dark blue area, is also normal. It is not uncommon for a graph with a 0 value to hit good water, and the size of the water has nothing to do with the 0 value.

10. How to interpret the black diamond-shaped block in the graph? In the profile you will often see some small rhombus or triangle framed in black, and such points on the curve are undoubtedly discrete points with particularly high values. These points can be called flying points because they fly out of the normal range of the curve. The cause of flying points are the result of unexplained interference, often disappear or shift when retesting. Some of the graphs without retesting to such a flying point as the target to hit the water, this is only a coincidence, in the depth of the flying point near the water is very unlikely.

The black edge of the flying point is because its value is too high, and the contour line along its perimeter is very dense, so it becomes black, just like the case of steep hills when drawing the contour line of the terrain is the same. The black horizontal stripes in the figure are also caused by the sudden change in value.

The values of the flying points framed by the black border do not affect the values and colors of the points outside the black box, so they can be deleted without affecting the analysis of the drawing. However, the plot with more flying points means more interference, and the star-shaped points without black borders are mostly unrealistic.

11. In the ground water detector diagram of the blue zone and red zone up and down distribution is also a common type of map. The upper part of the graph is blue, the thickness is very large, no obvious information, only in the lower part of the red, but the depth is larger. This situation does not mean that the upper part must be free of water, but just more difficult to analyze. This type of map can be considered from the following three aspects: First, to see the value of the blue area corresponding to the color block, if the value is very small, and no known well information compared to the best to give up another line of measurement. Second, if the value is not very small, and crystalline rocks (such as granite, gneiss, etc.), you can find relatively high value points from the processing of the map to determine the location of the well, using the weathering layer in the location of the more brittle and hard lithology drilling. Third, if the lower part of the reddish area has a verified V-shaped and other anomalies, it can be considered that the formation of the upper part of the lower transmission, you can also set the well location, in the upper part of the blue area, although there is no direct display, but the possibility of water is also very high.