Why are some low values in the ground water detector's astrograph water and some waterless?

Why are some of the low values in the ground water detector astrograph water and some waterless? Even some hard rocks with high resistivity also show low values? It is very mysterious when I think about it. 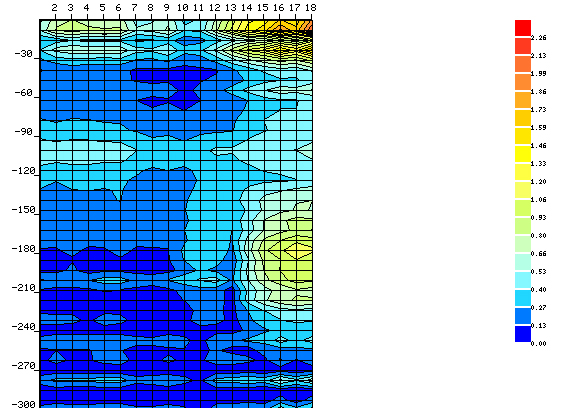 The high value and low value are relative, and the low value mentioned in this article does not include the situation where the whole original map is suppressed to a large area of dark blue due to the presence of flying points or flying lines, which is not called low value.

In the fracture of the rock there is fracture water, sand and gravel in the pore space of the particles there is pore water, most of the low value. There are also many rocks containing minerals "mineral water", is also polar molecules, absorbing electromagnetic waves, so that some hard rocks become "high resistance low value layer", such a low value layer if there is no obvious anomaly, water content is generally not good (i.e., very hard, resistivity method measured (i.e., the hardness is very high, the resistivity method is high resistance, and the astrometric method is low value).

There are three forms of water in minerals, in total.

When atmospheric precipitation penetrates into the ground, if there is no "water barrier" in the rock layer, the water will continue to flow down to the magma deep in the ground, where it is converted into high temperature steam. As the magma flows toward the surface, slowly moving away from the core and cooling and solidifying to form minerals, the water flowing into the magma becomes part of the molecular structure of the minerals and is called "structural water". 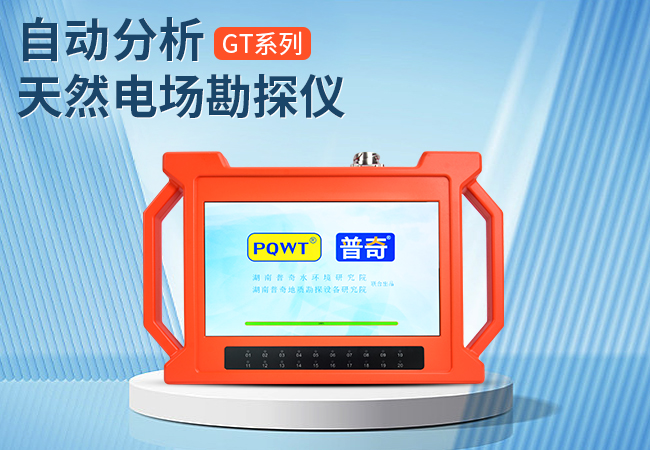 The second type is that the crystals of some minerals contain water molecules H2O, such as gypsum, mannite, blue alum, most of which are crystallized from arid lake water bodies, so the water will also be mixed into the mineral crystal, known as "crystalline water".

The third type is adsorbed water. The mineral texture is not close enough, there are tiny voids or small cracks, there will be water molecules squeezed in, attached to the particles around, this is "adsorption water".

Opal is an amorphous gemstone. Although they are called "opals", they are not organic and are chemically composed of silica, like quartz. But opals have a special crystal structure, a very fine "gel" with 5 to 10% water. It is this water that makes opal so beautiful. After losing water, opal becomes another mineral in mineralogy - flint.

Vermiculite, which we commonly use to grow plants, is a clay mineral that is particularly absorbent of water. Strictly speaking the water in vermiculite is not just adsorbed water, but also crystallized water. When vermiculite is heated, the water inside vaporizes, holding up the thin interlayer gaps, and then the vermiculite expands.

Under natural conditions, most of the crystalline water in gypsum exists in the form of raw gypsum, with two water molecules for each calcium sulfate molecule, which is transparent or translucent if the crystal is well developed. If it loses water by heat, raw gypsum is first transformed into cooked gypsum containing less crystal water; finally, it loses crystal water completely and only calcium sulfate remains, turning into hard gypsum.

In kaolinite, bentonite, hydromica, chlorite and other clay minerals all contain more crystal water. For example, the chemical formula of kaolinite is 2SiO₂-Al₂O₃-2H₂O, which contains two crystal water per molecule.

In addition to the above minerals containing crystal water, other common rock-forming minerals such as serpentine, hornblende, chlorite, mica, etc. also contain "structural water". Structural water exists in the form of polar groups (OH), and the rocks containing these minerals are also polar substances. However, this structural water is difficult to escape even when heated. Unless the minerals are heated to 600°C~1000°C and their crystal structure is destroyed, the water inside can be released. As long as there are more or less water-bearing minerals in the rocks, they will behave as low values to some extent. For example, mica has the chemical formula KAl2(AlSi3O10)(OH)2, of which H2O accounts for 4.5%, and is a polar mineral. So many rocks containing polar minerals such as mica will show low values. Quartz and feldspar are non-polar substances and do not contain mineral water, so feldspar veins tend to show high values. The mineral composition and content of various rocks are very different, so their polarity strength and ability to absorb electromagnetic waves are very complex.

Several samples of this test illustrate that water absorbs electromagnetic waves the fastest, followed by black sandstone and serpentine marble. The same dry material without water has different ability to absorb electromagnetic waves. The ability of different rocks to absorb electromagnetic waves also varies greatly. This is related to whether the minerals that make up the rock contain mineral water or not. Rocks with a high EM wave absorption capacity have a high "shielding effectiveness" and may show low values on the astrograph. We believe that this is the reason why many rocks with the same high resistivity but without fracture water will show low value layers on the sky diagram.

If there are sandstones or conglomerates containing little mud in the muddy rocks with low values and hard and brittle lithology, they often show high value layers, high value sections and high value points, which are prone to fracture water. This is because although there may be large fissures in the harder sand conglomerate, the overall fissure rate is low and still not as much "water" as mudstone (clay minerals in mudstone contain a lot of crystalline water), so the sand conglomerate will still show relatively high values, which is worth noting when looking for water in muddy rock areas. （This is noteworthy when searching for water in mudstone areas. (If near a tectonic line, the gravels can also show low values in high value layers when the fractality and water content of the gravels are high.)

In a word, the ground water detector method in the same electromagnetic environment, the size of its value is determined by the "water", whether it is useful fracture water, pore water, or useless crystalline water, structural water, adsorption water.

How to distinguish the low value layer with water and without water will be discussed later.