Home plumbing leaks have always been a problem for many families. House just renovated, because of the quality of water pipes or welding problems, resulting in leaks, the walls of the home, the ground are water, not only their own very hurt, water leakage to the downstairs, downstairs owners up also looking for trouble. Do plumbing friends in saying, "Many owners ask us home pipe leaks, do not want to smash all the floor tiles open, there is no way to accurately find the leak point, a small area of damage?" 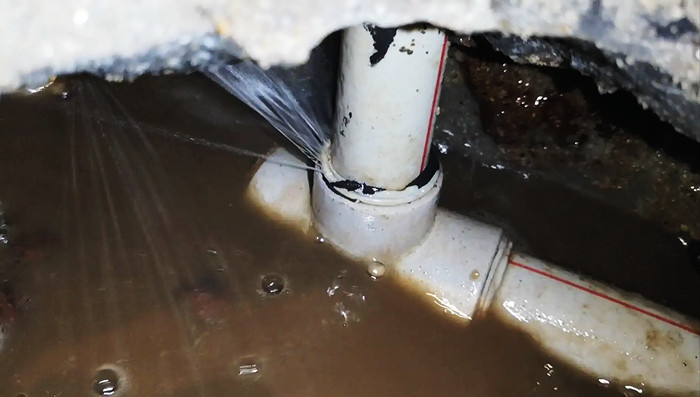 What are the main reasons for leaking water pipes in homes?

(1) welding is not dense

Home plumbing leaks, the most direct cause, is the joint connection is not strong. Like hot fusion plastic pipe, hot fusion temperature can not reach, hot fusion time is not enough, hot fusion socket depth is too shallow, will lead to false welding, after using a period of time, the joint will leak. Another example is the stainless steel pipe, and the threaded connection of the inner wire fittings, raw material band winding too few turns or not wrapped raw material band, in the use of water pipes, it is also very easy to leak phenomenon.

There are two original water pipe burst. First, the water pipe itself has a hidden break, even under normal working pressure, a very short period of time will be a large rupture, water from the fissure gushing out, is the water pipe burst phenomenon we often see. The second reason is that the pipe quality is not good, not enough pressure. Home just renovated, unintentionally open the faucet instantly to the maximum, resulting in the phenomenon of water hammer. If the quality of the water pipe is not good, it is easy to instantly rupture, or even burst pipe.

Water pipes are vandalized, is also an aspect that has to be said. If there are children in the family like to wreak havoc, a section of the water pipe by the bear children repeatedly hit the pressure, impact, after a period of time, there will be a breach, resulting in burst pipes.

What equipment is used for leak detector of household water pipes

PQWT-L50 type Indoor Pipeline Water leak detector is a new generation of intelligent leak detector developed by our institute independently and specially for home pipe leakage. The instrument is designed with double probes, equipped with triangular sensors and square sensors, which are suitable for different detection environments such as indoor floors, walls and cabinets, etc. By capturing the sound of water leakage and collecting and analyzing the water leakage signal, it achieves the effect of accurate positioning and effectively solves the problem of water leakage in household pipes.