What are the 9 methods commonly used for water mains leak detection? 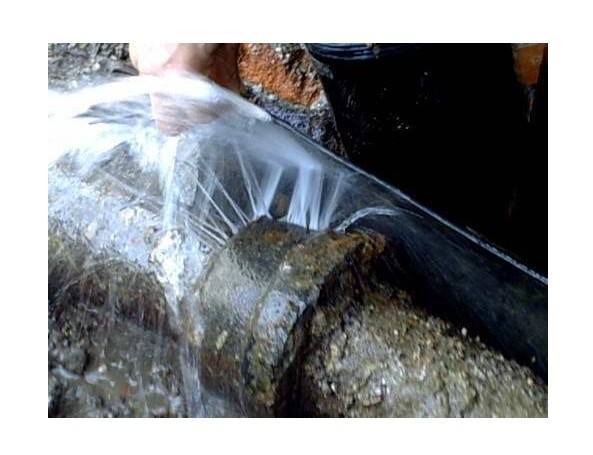 The most intuitive way to determine the clues and scope of leakage. According to the water supply network map and the situation provided by the relevant personnel, a detailed investigation of the water supply pipeline is carried out. Including the pipeline connection, distribution, material and the surrounding media. And determine the leakage point by observing the situation of road surface, winter snow first melting, grass and trees above the pipeline, down wells and other ditches with long flow of clear water, etc.

Pipe breakage leakage, such as leakage of a large amount, will generally cause the local pressure of the network to reduce, the closer to the leak the lower the pressure. The use of hydrants for pressure measurement comparison, can quickly lock the leak area.

Valve bolt listening method is generally used to listen to the sound rod directly in the pipeline exposure points (such as fire hydrants, valves and exposed pipes, etc.) to listen to the sound of water leakage generated by the leak point, so as to determine the leaky pipeline, narrow the scope of leak detection. Metal pipeline leakage sound frequency is generally between 300 ~ 2500Hz, while the frequency of non-metallic pipeline leakage sound between 100 ~ 700Hz. The closer the listening point is to the location of the leak, the greater the sound of the leak is heard; conversely, the smaller.

When the leaky pipe section is determined by the pre-positioning method, the leak detection instrument is used to listen to the leaky point of the underground pipe on the ground and to locate it precisely. The listening method is to listen to and compare the leaky pipeline along the direction with a spacing of about 50-70cm point by point, and the abnormal point requires less than 20cm, and repeatedly listen to the sound analysis at the abnormal point to determine the location of the abnormal point. When the ground pickup is close to the leak point, the stronger the sound of water leakage is heard and measured, reaching the maximum above the leak point. In order to avoid interference, the operation is generally carried out within 11:00 p.m. to 5:00 a.m.

When the road listening is completed, determine the anomaly, use the pipeline locator to locate the pipeline near the anomaly, drill with an impact drill right above the pipeline, and then use the listening rod to directly contact the pipe body to listen to the sound. Using this method, the leak point can be further pinpointed.

The correlation leak detection method is an advanced and effective leak detection method, which is especially suitable for areas where the environmental interference noise is high, the pipeline is buried too deep or the ground listening method is not suitable. The correlation instrument can quickly and accurately measure the precise location of underground pipeline leakage points.

Where V depends on the pipe, pipe diameter and the medium in the pipe.

Regional leakage noise automatic monitoring method is the use of regional leakage census system, a district or a certain area of the water supply pipe network for centralized detection. First of all, the detection probe is set up for detection, and the probe is placed at a certain distance on the network appurtenances, the probe is set up to test the noise condition of the pipeline according to the predetermined requirements and automatically recorded in the probe. After the probe completes the test according to the predetermined time and requirements, it can be retrieved and the data downloaded to the host computer or computer, and then the successfully downloaded data will be stored in time for analysis. The method can be completed once to test the water leakage condition of an area pipe network, which can not only reduce the work intensity of the leak detection personnel, but also significantly improve the detection efficiency and shorten the leak detection cycle.

Hunan PuqiGeological Exploration Equipment Research Institute is a professional institution engaged in the research of pipeline leak detection equipment and urban pipeline loss reduction. Mainly committed to the underground pressure pipeline leak detector application technology research and scientific and technological research and has been established with the Harbin Institute of Technology, the 13th Five-Year National Water Special R & D base, with Hunan University of Science and Technology, the establishment of a strategic innovation base for industry-university research, and the University of Algeria reached a strategic partnership, our Institute adhere to the "science and technology to develop the hospital, talent to strengthen the hospital We adhere to the strategic goal of "science and technology, talent to strengthen the hospital", the implementation of open hospital policy, in the new generation of underground pressure pipe leak detector R & D field of independent core leak detection technology has caused great concern in the industry, pipe leak detector series have applied for a number of inventions, utility models, appearance patents, the formation of their own unique technical characteristics and advantages.