What preparations are needed before drilling a well?

Drilling a well is a small water project since ancient times, a lot of preparation needs to be done before drilling, and not just in a place to hit the water will come out, which requires professional detection. So what preparations should be made before drilling a well, the following I will take you together to understand, after reading you will be clear, I hope it can help you. 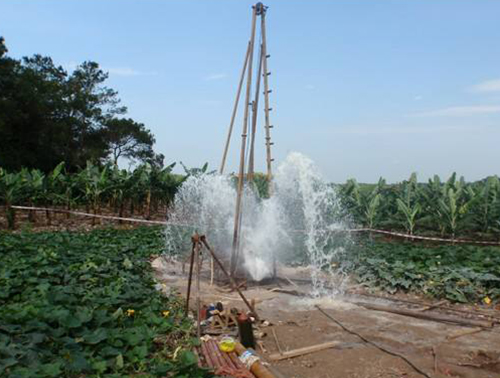 1. Study of topography and geomorphology

Topographic and geomorphological conditions determine the conditions of groundwater recharge runoff discharge, control the weathering of rocks, affecting the changes in groundwater abundance.

Build reservoirs to have a watershed area, drilling wells also need to have recharge area, the reason is the same.

If the lithological conditions are the same, low-lying terrain or terrain conducive to water catchment is more likely to become a well.

However, some small plains and depressions are often dominated by muddy rocks underneath, which can easily be weathered and denuded to form lowlands, and groundwater is not good instead.

2. Study the water-richness of rocks

Rocks can be divided into igneous rocks, metamorphic rocks, sedimentary rocks according to the genesis of the three categories, and then subdivided very complex.

Regardless of the genesis, the feeling when hit with a hammer, some hair "burgundy" (rigid), some hair "sheep" (flexible), some hair "brittle" (brittle), brittle rocks and limestone, etc. Soluble rocks are more likely to form wells.

3. Study the fracture development of rocks

Fractures are more developed near the fracture zone. Fractures are easier to develop in inclined rocks than in horizontal rocks.

To maximize the water output, minimize the depth of drop, and achieve the best water quality and longest service life under the same geological conditions, it is important to use a scientific and reasonable well formation process.

(1). The filter pipe should be facing the aquifer

Once the two are misaligned, the resistance to water intake is much greater, increasing the depth of descent. For this reason, physical exploration of the well should be carried out before placing the pipe to accurately determine the aquifer site.

(2). The opening rate of the filter pipe should be sufficient

No matter what kind of pipe, the opening rate should not be less than 10%. Most of the cement pipes produced by indigenous methods are only 1-2%, and the water inlet resistance is very high, which is not allowed.

(3). The filter pipe and the filter screen should have a bedding bar between them

If there is no pad tendon, the strainer clings to the well pipe, and only the mesh facing the water inlet hole can be fed, which is very likely to cause blockage and seriously affect the water output and service life of the well.

(4). Screen mesh and fill gravel size to adapt to the aquifer

Otherwise, either blocking water or muddy water caused by the well.

(5). Use mud drilling, before the pipe to break the wall for slurry

4, the use of pqwt natural power plant ground water detector to find the source of groundwater, the instrument is the use of natural electric field as a working field source, based on the resistivity differences of underground rock ore or groundwater, on the ground to measure the natural electric field N different frequencies of electric field components, according to their laws of change to study the different geological body to produce anomalous changes, to solve An electrical exploration method of geological problems. The above is a compilation of the problems that need attention when drilling, you can learn more about it and make more preparations before drilling, so that there will be no mistakes.